On June 2, Dyplast Products, LLC received the “First Runner Up” award at Governor's Sterling Awards Banquet in Orlando. The Florida Governor’s Sterling Award is for Performance Excellence. The awards are presented annually by the Governor to both private and public companies that are high performing, role-model organizations demonstrating superior management approaches and role model results.

The finalist and winners were selected from among 28 award finalists representing 120 Florida manufacturers nominated in 6 categories. Dyplast received statewide recognition in the “up to 100 employees” category. 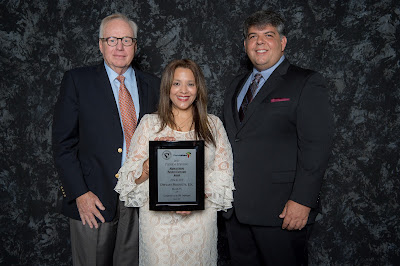 Dyplast personnel attending were:  Ted Berglund President and CEO, Vincente Fuster, Sr. VP Operations and Finance, and Yamilet Ramirez, Asst VP and HR Manager. Ted stated he was pleased with the award and congratulated the Dyplast team for their commitment to excellence.

By accepting you will be accessing a service provided by a third-party external to https://www.dyplastproducts.com/